Review of: Not Exactly Atlantis: Some Lessons from Ancient Mediterranean Myths, by Carolina López-Ruiz 2022. 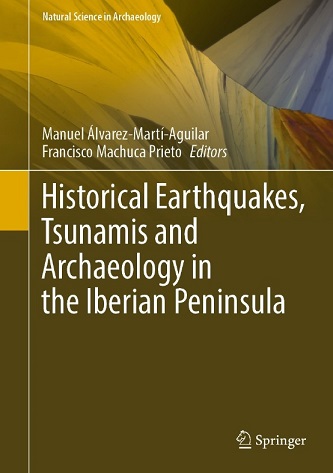 The article "Not Exactly Atlantis" by Carolina López-Ruiz is the first article in a conference volume on the topic of ancient natural disasters on the Iberian Peninsula. Apparently, the function of the article was to introduce the "soft" subject of ancient myths about natural disasters before the other articles deal with the "hard" reality of real natural disasters. A focus is placed on Plato's Atlantis, which some have assumed to be Tartessos.

A comparatively great deal of effort is spent on demonstrating that Tartessos was not Atlantis, and that Atlantis did not exist at all. This statement was obviously particularly important to Carolina López-Ruiz, as is expressed not least in the "Final Remarks". In a sense, it is about "getting rid off" the idea of a real Atlantis. But this emphasis led to the article containing two topics that stand relatively unconnected to each other: Traditional myths in general, and Plato's Atlantis, which is not a traditional myth. It would have been better to write two articles.

In what follows, we will concentrate on what is said about Plato's Atlantis.

First we can only agree: Tartessos was not Atlantis, for a whole host of reasons. Yes, it is true: Most Atlantis supporters are not capable of reading Plato's Atlantis story properly. Nor do they build sufficiently convincing chains of argument – from Plato to Egypt to Tartessos – to show that Tartessos was Atlantis. Moreover, Tartessos existed far too late. Indeed, Tartessos could at most have been an inspiration for the invention of Atlantis. But there are much more obvious inspirations for an invention, as Carolina López-Ruiz correctly points out (p. 20 f.).

However, we also get puzzled by the author's sweeping dismissal of scientific efforts to research the possibility that Atlantis was a real place: this would be a pseudo-archaeological or para-scientific hypothesis (p. 19 f.), because "Atlantis was a figment of Plato's imagination" (p. 20), and "The discussion of Atlantis as a real place is a methodological catastrophe" (p. 21). We cannot agree with this. One cannot simply dismiss what, for example, a Wilhelm Brandenstein, a Massimo Pallottino or a John V. Luce have written about Atlantis as a possibly real place with the word "methodological catastrophe". Obviously Carolina López-Ruiz does not know these authors. For her, there are only stupid Atlantis supporters and prudent Atlantis sceptics. There is nothing in between. That is not acceptable. Because that is not reality.

But even the so-called Platonic Myths are not simply myths. A mythos is not the same as a myth as we understand "myth" today. Contrary to Carolina López-Ruiz's opinion (p. 22), it is of paramount importance whether Plato took the story of Er from a Pythagorean-Orphic tradition and thus took it more or less seriously, or whether he simply invented it freely. The Platonic Myth of Protagoras about the development of culture is also not simply a "free" invention ("free account"; p. 22). Both Heinz-Günther Nesselrath and Bernd Manuwald believe that it is indeed a story told by Protagoras. Moreover, a very similar story reappears in the Platonic Myth in Politicus: Apparently Plato was quite serious about it. Last but not least, highly real facts also appear in so-called Platonic Myths, such as the world's first mention of the fact that the earth is a sphere in the Platonic Myth in Phaedo.

Fictionality or modern projection of fictionality?

It is not at all the case that even in Hesiod's time "the alliance between the fictional and the real" was a clear thing (p. 21). Here the author skips over many centuries of literary development, which will only culminate in the creation of the historical novel long after Plato. It is simply false that Plato's contemporaries would have read the Atlantis story like a novel. If it were an invention, it would have been taken as a deception, if it was recognised as an invention at all. Established in Plato's time were only certain literary forms of fiction. These include, for example, Socratic dialogues and therefore also the reporting of a Socratic dialogue as an alleged eyewitness (p. 22). But the fictionality of the literary setting does not carry over to the content of the dialogues. Moreover, it is irritating that the author writes "Plato deceives us" (p. 22), when it is supposed to be about fictionality, which is precisely not deception (no reader of a novel feels deceived by the novelist once the literary form of the novel is established). It is also irritating that many pages later the author mentions Plato's Atlantis story in the same breath as Hesiod's stories, to which she has just conceded real backgrounds (p. 29).

The author is also mistaken about alleged fictional signals. For example, regarding the 9,000 years of Atlantis, she writes: "The temporal remoteness of the story ... makes its historicity inconceivable (p. 23). But this is a big mistake. For all Greek authors were collectively mistaken about the age of Egypt, starting with Herodotus, who believed Egypt to be 11,340 and even more years old. In truth, of course, Egypt was founded only around 3,000 BC. But Plato didn't know that. And neither did his contemporaries. Thus, the figure of 9,000 years points to a time after the founding of Egypt, i.e. after 3,000 BC. (This is true even if Atlantis is an invention.) Quite correctly, Carolina López-Ruiz has observed that Plato presents the Egyptian culture as an ancient culture that preserved ancient knowledge (p. 23) – but Plato not only presented Egypt that way, he actually believed what he wrote.

On other points, too, the author projects her modern knowledge into ancient times without realising that ancient people could not have known about it. For example, she calls the Platonic Myth of Er "unlikely" (p. 22). This may be so for us modern people, but for the ancient people it was by no means "unlikely". We know today that near-death experiences are formed according to cultural expectations. The story of Er may therefore have a kernel of truth that ancient people took completely seriously. – It is equally wrong to take the erosion in Athens described by Plato as a sign that he invented it (p. 24). The opposite is true: it was entirely serious; we are dealing here with the first theory of soil erosion, though erroneous it is in detail. – It is also quite wrong to take the fact that primeval Athens corresponded approximately to Plato's ideal state as a fiction signal (p. 24). For of course Plato believed that his ideal state had already existed within the framework of his cyclical conception of history. He says so explicitly in the Republic. Above all, however, Plato believed in the correctness of his own philosophy: of course such a state was conceivable for him in real terms.

It is also wrong that Plato would let primeval Athens perish so that nothing more of the fiction could be found (p. 24). For in the Atlantis dialogues Plato eagerly tries to point out in the Athens of his time remnants and traces of the primeval Athens. Likewise, it is false that Atlantis disappeared without leaving a trace (p. 20). For what remained was the mud in the sea, the existence of which Aristotle, among others, believed. But more than that, the most important trace that remained is of course the Egyptian record in Sais, and that was not an unreachable place for Greeks. Crantor is said to have later found the Atlantis story confirmed in Egypt – we do not know if that is true, of course, but the claim exists.

A great many other errors

In the following, let us fast forward through a large number of other errors about Plato's Atlantis which respresent the typical chaos of the invention hypothesis:

Lastly, Carolina López-Ruiz also interprets Atlantis as an allusion to Carthage and perhaps Syracuse (p. 33 f.). These are interesting approaches, but they have already been pursued by earlier authors. It would have been helpful to name these earlier authors. – Last but not least, besides the works of serious Atlantis supporters, at least one important reference to literature is missing, namely "Where the Lord of the Sea Grants Passage to Sailors through the Deep-Blue Mere No More – The Greeks and the Western Seas" by Heinz-Günther Nesselrath 2005.

It is strange: Carolina López-Ruiz certainly is a good classicist. Also her intentions with this article were right and good. Nevertheless, she has suffered complete shipwreck with Plato's Atlantis. Why is that? The reason is that this subject was not properly dealt with by her colleagues in academia, so she only found rotten yarn to weave. Carolina López-Ruiz is another victim of the deplorable state of science on the question of Atlantis.