Why Plato's Atlantis nevertheless is a real place, although there is no place which matches Plato's description 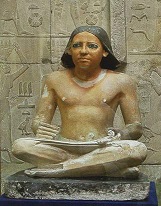 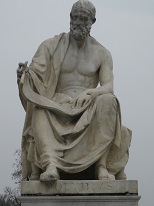 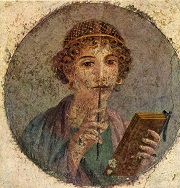 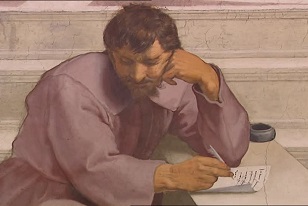 Most Atlantis skeptics and many Atlantis supporters make a big mistake: They cling to the literal description of Atlantis. Atlantis must have looked exactly as Plato described it, or it is not Atlantis, they say. Every deviation from Plato's description is rejected as arbitrary and "cherry-picking".

Why is this a mistake?

Why is this so?

There are several reasons why ancient texts do not describe reality correctly. One reason is, that people in ancient times did not know so much about reality as we modern people do. They did not know, e.g., how old the world is, where humankind came from, how big the continents are, what is hidden on the sea floor, etc. etc. Another reason is, that the tradition of information from generation to generation, from civilization to civilization results in misunderstandings when handing down the information. Thereby the tradition became distorted.

Herodotus tells that Egypt is 11.000 years old and older. Of course, this is wrong. Egypt came into being only around 3000 BC. But does this mean that the works of Herodotus are an invention and a deception? No, of course not. But an error. An unintentional error. Either Herodotus got wrong information in Egypt, and / or Herodotus himself drew wrong conclusions.

So we have an ancient text which says that Egypt is 11.000 years old, but in truth it was not so – and yet it is no invention and no deception. Rather the following interpretation is correct: Herodotus describes with all seriousity a real country called "Egypt", but he was in error about the age of this country. In truth, Egypt was much younger.

So, how to read ancient texts correctly?

It is easy: You have to realize the perspective of the people in ancient times, and to compare with our modern knowledge. Then you will see where the errors are, and what is correct instead. And this understanding is no arbitary change of an original description, but a necessary and justifiable re-interpretation. It is no "cherry-picking" but "meaning-detecting".

It is reasonable and necessary

Essentially, it is utter nonsense to read ancient texts in their literal sense. With most texts we do not do this and we make it right automatically, without further ado. Nobody who reads in Herodotus about Egypt being 11.000 years old starts to claim that Egypt really has to be 11.000 years old, or there is no Egypt! This would be quite strange. Everybody knows immediately that it must be a mistake, and that Egypt nevertheless exists. Only that Egypt is not that old, as Herodotus told us. It is absolutely necessary to read ancient texts in this way, everything else would only be strange!

This method is called the historical-critical method, because the literal statements of ancient texts are critically questioned on their historical background.

Insistence on the literal meaning is only strange

Exactly as strange as somebody behaves who insists on Egypt being 11.000 years old, or it did not exist at all, many do behave if it comes to Plato's Atlantis! Many Atlantis supporters say: The literal description has exactly to match the place, or it is not Atlantis! And many Atlantis skeptics say: Since there is no place matching exactly the literal description, Atlantis can only be an invention and nothing else! This strange behaviour is not acceptable. It is also not acceptable if shown by academics.

Some who slowly realize that it is justified and even necessary to read Plato's descriptions not literally, immediately fall into the very next mind trap: When they see that not only one or two elements have to be read differently, but many elements, they immediately reject this way.

Yet the expectation that it is allowed only to re-interprete few elements is completely wrong, and shows a still missing understanding for the principle behind the method. It is quite irrelevant how many re-interpretations you have to apply on the background of the historcial context, as long as each of these re-interpretations is only well justified. It could be few. But it could be many, too.

Some who slowly realize that it is justified and even necessary to read Plato's descriptions not literally, immediately fall into the very next mind trap: Now they want to know immediately, how to read Plato differently, and where was Atlantis – or they immediately reject this way. But this is a big mistake.

In order to find out which descriptions of Atlantis are wrong, and what is correct instead, much work has to be invested. Much knowledge has to be accumulated, about what the people in Plato's time knew, or not knew. And the same for the people in Solon's time. And the same for the people in the time of Atlantis. And since it is not known when Atlantis existed, this knowledge has to be accumulated for various possible times. Only if we know the perspectives of the authors and the persons who passed it down to our time, only then we can decipher all the errors and misunderstandings, and find out what the ancient text really wanted to say.

Example: The 9000 years of Atlantis

For one of the elements of the Atlantis story, we want to demonstrate the method as an example. It is about the 9000 years, which Atlantis is said to have existed before the time of Solon. That is, around 9600 BC, as can be read time and again.

And now the historical context comes into play: At Plato's time, nobody knew that human beings had been hunters and gatherers around 9600 BC. To the contrary. As we have seen above, Herodotus believed that Egypt is 11.000 years old. And Herodotus is not just anybody: His descriptions formed the educational background in Plato's time. And not only Herodotus believed in an age of Egypt of 11.000 and more years. Also Diodorus and practically all other authors of this time were of this opinion. Even Plato himself writes in his dialogue The Laws, that Egypt is at least 10.000 years old. And in The Laws it is not about Atlantis.

In Plato's time everybody believed that Egypt is 11.000 years old and older.

We even can try to come closer to the real date of Atlantis: Herodotus connects his erroneous date of 11.000 and more years with the legendary first Egyptian pharao Menes. Modern egyptology dates pharao Menes around the year 3000 BC. Since the 9000 years of Atlantis point to a time after Menes, we can conclude analogously that Atlantis must have existed somewhen after 3000 BC. Thus far we want to demonstrate this example.

It is only a beginning

As described above, it is much work to elaborate the historical context for all the elements of the Atlantis story. To this context also Plato himself and his way of writing dialogues belongs, of course! The question for the literary form of the Atlantis story and for the oft-cited Platonic Myths has to be clarified, too, during this search.

Since I already have advanced far in this search, I can offer a preview to my results: I will demonstate that the island of Atlantis is the island of Sicily, around the year 1200 BC. And I will demonstrate where on Sicily city and sanctuary actually have been. Thus, Atlantis can be ranged into the known and normal order of history, and academia will be able to accept the existence of Atlantis on the basis of its very own methods, such as the historical-critical method.