In his book Three Stones Make a Wall  The Story of Archaeology, published March 2017, the renowned archaeologist Eric H. Cline dedicated one chapter of eleven pages length to the question of Thera / Santorini and Plato's Atlantis.

Cline expresses the opinion that the volcanic eruption of Thera / Santorini could be the historical kernel of the Atlantis story. Even though Cline leaves open whether this is really the case, his formulations clearly indicate that he indeed is inclined to this opinion. Cline underpins his opinion e.g. by a hint to the Egyptian "Tempest Stele".

Since Cline does not identify the island of Thera / Santorini with Atlantis as a real place, but sees it only as the historical background for a basically fictional account, this opinion is not a surprise. Somewhat more surprising is that Cline expresses the opinion that also "many other" archaeologists would share this opinion. 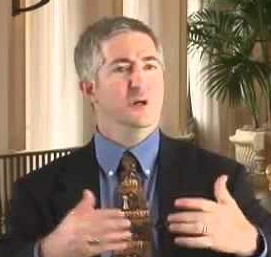 Yet really remarkable is how superficially Cline treats Plato's Atlantis story! In his summarizing retelling of Plato's dialogues he makes many mistakes, and Cline omits many questions which inevitably come up. Some examples:

Eric H. Cline put forward a legitimate point of view on the topic of Atlantis. Yet it has to be said that Cline failed on the topic of Atlantis. In order to do justice to this complex topic, Cline invested way too less depth of thought, and way too less research into which other scientists had put forward similar theses in a much more convincing way.